p/s : Wipe dry the potatoes as dry as possible after remove them from the boiling water, this is to prevent the hash brown from sticking on the pan. 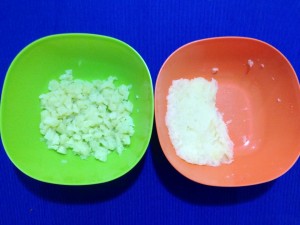 I believed not many people can resist hash brown, we love hash brown so much and so I decided to try making it at home instead of buying frozen hash brown that you do not even know how long has it been keep frozen.

Potato is the only ingredient needed for this, however, I believed that it will be more crispy if you bake it in the oven. I do not have an oven at this moment so pan fried is the only way now.